Campaign of the Month: November 2016

To Boldly Dance Where No Man Has Danced Before

This was definitely going to be a life highlight Louis thought as he got ready for the simsense to start. The 50th anniversary of Star Trek taking place at Shatner’s home town, hosted by the man himself. It had been amazing so far. Even better he was able to write this off as a business expense, research for future CapeCon’s and all that. Now he was waiting the special screening of the Star Trek: Beyond, the Original Cast simsense to start.

As he had taken his seat, he had been give a loot bag that included his own copy of the simsense movie. The rest of the convention goers would be able to pick up their copy of the movie after this special screening, but the biggest and luckiest trekkies would see it first. And Louis was one of the biggest trekkies there was, he had even shelled out the extra money to VR next to Shatner and include an audio connection with the star.

As the cold-sim started, Louis could tell something was wrong. The sounds of Bollywood dance music began. There was Shatner dancing Bollywood style and Louis recognized the leading lady. That was Jax! He tried logging out but the systems seemed to be link-locked till the end of the movie. 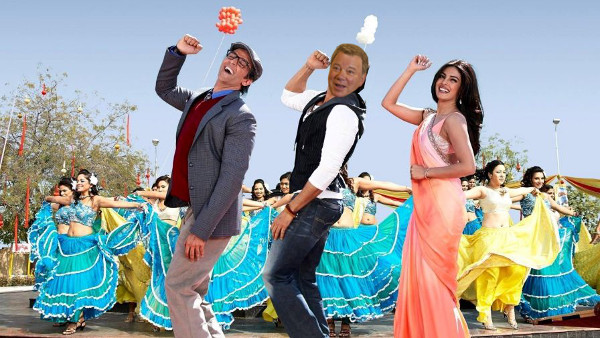 Over the audio connection with William Shatner, Louis heard “JJJAAAAAAXXXX!”

It would seem that Kirk had a new Khan.

Louis resigned himself to watch sit back and watch as Shatner seemed to dance his way back into the youthful Kirk of the original Star Trek. 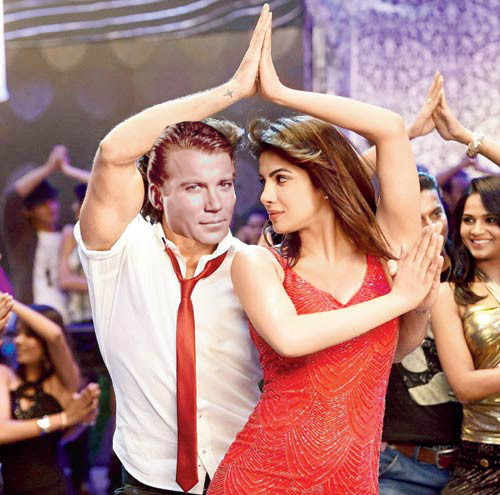 This could jump-start both of their careers.

I'm sorry, but we no longer support this web browser. Please upgrade your browser or install Chrome or Firefox to enjoy the full functionality of this site.