Campaign of the Month: November 2016

“I’ve been searching the matrix about routes into Chicago. Found a video that might be of interest. Some people are saying the government is behind those canisters, but they look like what we saw in the Ares Office of Special Projects. Plus some comments on entering/exiting Chicago.” 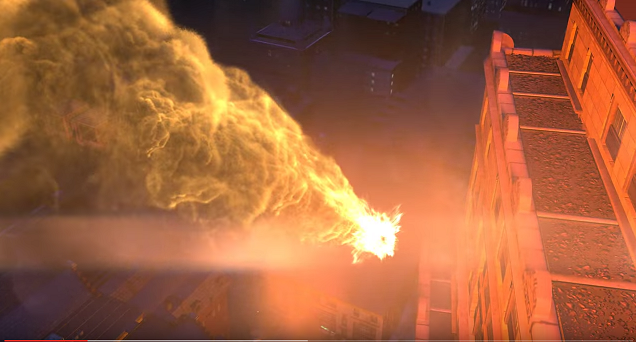 >>>>>>> O’Hare usde to be one of the busiest airports in the world. These days seems like the only traffic at OH is military – and lots of it. Sec-wise it’s a fragging military checkpoint. Anybody heading in don’t try O’Hare. Or Midway – it’s closed down and soldier boys crattered the runway.<<<<<
- Wingman

>>>>>>> Forget gettin’ in by road. All roads into Chicago stop at Trump’s Wall – a huge barrier made from the rubble of collapsed buildings (blown up by the USA military, thank you very much). Oh, and the military left a nice wide kill zone, about thirty to forty meters so they can take their sweet time drawin’s a bead on any slag trying to run across. And if they soldiers don’t getcha, the gangers will.<<<<<
- Road Kill

>>>>>>>> The Coast Guard’s intercepting all boat traffic these days. Two choices, chummer – let them capture you, or take a fast trip to the bottom of Lake Mich. You get a single warning, so make your choice quick. I’ve heard rumors about “stealth boats” making it to shore, but I’ve never seen it happen and I don’t know anyone who has (at least, not anyone whose word I’d trust).<<<<<<<
- Algren

>>>>>>>> Wanna hear something really funny? Ain’t no scuba gear left anywheres in the Zone – every slag who could get his hands on some used it to walk outta here across the bottom of the lake. Wild, neh?<<<<<<<
- Big Foot

“Also tripadvisor is currently suggesting we give Chicago a pass. Too many Orks and Trolls.” Grace adds.

The Prognosis Is Multimorbidity

Knocking the rust off going from 1 to 2

I'm sorry, but we no longer support this web browser. Please upgrade your browser or install Chrome or Firefox to enjoy the full functionality of this site.